The month of December is the “Word of the Year” month according to Christine Kane. And I love Christine Kane! But the movement came before. All the way back to 1999!

Christine has a Discover Your Word Tool that you can get for free here: Your Word of the Year

Last year was my first experience with “Word of the Year.” It was the first time I had discovered my word. I spent a lot of time in prayer and meditated to find my word for 2018. You can read about it in New Year 2018.

But if you are looking for some direction on how to find your word, I like this article by Rey Lopez on the One Word 365 blog. Here is a small excerpt from the article.

With close to 200,000 words in the English language, trying to find that singularly perfect combination of letters to transform who you are throughout the year can be a bit overwhelming.

Does the focus need to be on my work or my home life?

Am I more concerned with my close relationships or my place in society?

Should my word be all-encompassing or dialed into just one aspect of who I am?

Choosing your word for the year is a challenge. But it could be as simple as knowing where to start, and there are a few things everyone can do to zero in on their perfect word.

You can also look around and find “discover your tribe,” or others that share your inspirational word. I checked I’m in a tribe by myself so far. But I’m not quite ready to reveal my word or verse for the year just yet. Wait until next week, I’m still trying to figure out just what it means.

So here we are at the beginning of a brand new year!

Did any of you make New Year resolutions?

I do set goals, some are short-term and some are further into the future. I don’t do S.M.A.R.T. goals unless there is a specific time I need to get something done (for example I want to write a book between now and May when I’ll be presenting at the Teach Them Diligently convention in Mobile, so I will have it available at my booth).

I also don’t do BHAGs. I know the idea of aiming for the stars is great. I know that most people think that if you aim for the stars and hit the trees, then at least you got off the ground, but I feel it sets you up for failure when you are not able to actually hit the stars.

Yes, you need to set goals that push you, but they need to have a strategy in place behind the goal so you will actually accomplish the goal. Paul Evans has a program he calls the 5 Stones that does an excellent job of doing just that. I’ve used it for a couple years and I’m achieving my goals more than ever.

I’ve spent time over the past two weeks updating my Life Plan (another great idea, this one I got from Micheal Hyatt). I read over it a couple times a year but between the end and the beginning of a new year, I read to update, see if any of my “current reality” has a new look that moves me closer to the place I want to end up.

I’m adding something new this year. I saw so many posts about finding a “word” for 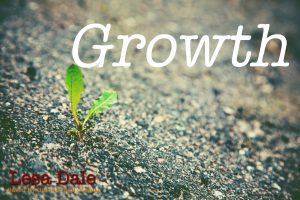 the year that I decided to try it for myself.

My word for the year?

I also decided to find a verse for the year but found two instead:

for a wide door for effective work has opened to me, and there are many adversaries. 1Corinthians 16:9

fully convinced that God was able to do what he had promised. Romans 4:21

These verses just jumped out at me in the last days of 2017. Seeing as how I’m opening the doors for my online program and know that when we are doing the Lord’s work our adversary want to stop us I also know that the only way to defeat them is to be “fully convinced.”